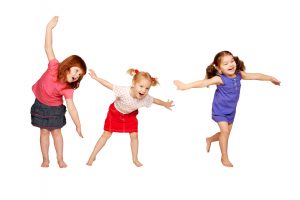 The great 7th century doctor Sun Simiao said, “The Way of nurturing life consists of never sitting nor lying for a long time; we should constantly strive for minor exertion but never become greatly fatigued.” Only recently has the wisdom of these words been fully understood.

Way back, human life involved almost constant movement. True, some of it was backbreaking labour (who’d want to be one of the nameless stone haulers building the pyramids?), but more usually it was moderate activity – walking, climbing trees, pounding grain, digging the earth, beating clothes in the river, carrying firewood and so on. This is what author Katy Bowman, in her book Move Your DNA calls natural movement.

From the Chinese perspective one of the key ingredients of health is what is called free flow (of qi and blood). Various states and activities contribute to this (happiness, laughter, moderate alcohol etc.) but body movement is vital. In scientific terms, one of the benefits of aerobic exercise is exactly that – it promotes vigorous circulation. But as both Katy Bowman and the Chinese ‘internal exercise’ tradition point out, movement doesn’t have to be vigorous to achieve this effect. Every time we move the body we place loads on and mobilise its different parts and these activate blood circulation.

What is more, when we limit our range of movement (for example only running or cycling, or using gym machines), we tend to mobilise some parts of the body, while other parts remain unused and slowly become less and less flexible. Natural movement by contrast, moves the body throughout its entire range (imagine the variety of movement involved in climbing a tree). Modern life also impacts on the way we move. Bowman talks of the countless foot, leg and whole body adjustments we need to make when walking barefoot over rough ground, compared to the paltry number involved in walking in shoes on roads and pavements.

The different benefits of deliberate daily exercise (e.g. an hour in the gym) versus constant movement (cleaning, carrying babies and shopping, walking, climbing stairs etc.) have been made clear by research which shows long periods of sitting increase the risk of diabetes, heart disease, cancer and overall mortality, even if we make a point of deliberately exercising.

A final interesting observation come from studies which show that those who engage in the toughest exercise regime may actually move less over the course of a day than those who only exercise moderately. Exercising to exhaustion can generate feelings of laziness (“I’ve done my workout, I don’t need to do anything else”). What the Chinese tradition of the middle way teaches us is that the right amount of exercise invigorates rather than tires us. The result is that when faced with the choice, we actually want to walk rather than take the car, we want to climb the stairs rather than use the elevator, and so on.