Appetite and sense of taste

‘When eating, stop when you are seven tenths full’. 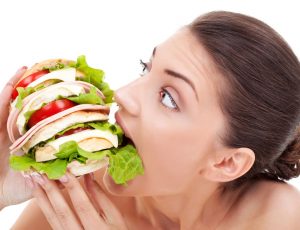 One of the constant teachings in the Chinese diet and health tradition is to eat less and it’s clear that for most of us this seems to be true. Over several decades, research has been carried out on a wide variety of lab animals (and some humans) and pretty much without exception it’s been found that reducing overall calorie intake (while maintaining a healthy nutrient balance) results in fewer chronic diseases, better cognitive functioning and longer life.

It is important to remember, though, that people who are underweight or who lack appetite (the elderly, the ill for example) are exceptions, and growing children and teenagers, pregnant women and those doing hard physical work or training need to make sure they eat enough (though even here, not too much).

But for the rest of us, staying a bit hungry (eating to only 70 per cent of our capacity) is – along with regular exercise – the single most helpful thing we can do for health and wellbeing.

There are two challenges though. The first is that evolution has conditioned us to eat whenever food is available, as its supply has often been precarious. In an age when – for most of us – access to food is unlimited, we have to overcome this basic fear of hunger and learn to rein in our appetite.

The second problem is summed up in another Chinese saying, “The more you eat, the less flavour; the less you eat, the more flavour.“ This is something we all know. When we are really, truly hungry (how often is that?) even the simplest food tastes delicious – a piece of good bread, a carrot, an apple … This can make it even harder not to stuff ourselves.

Anyway, this discussion was prompted by a piece of research I read today. When they fed mice a fat-rich diet for eight weeks, they not only put on weight but they lost a quarter of their taste buds. The cells in taste buds (of which there are three major types with different roles to sense the five tastes – sweet, salty, bitter sour and umami) only live for around ten days so presumably they can change rapidly.

The conclusion of the study is that obese people have impaired ability to enjoy taste sensations so they overeat to compensate and are particularly drawn to sweet and fatty foods which are more rewarding. This does seem to contradict my suggestion that the more acute our sense of taste is (when we are truly hungry) the harder it is to stop eating but of course both may be true, especially since overeating seems almost to be hardwired.