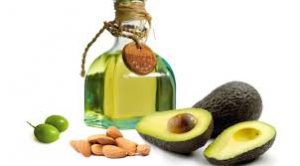 High fat, low fat, vegetable fat, animal fat … one of the most controversial subjects in nutrition today is which kind – and quantity – of fats to eat.

There’s a bit of history behind this. In 1977 Senator George McGovern and his Senate Committee published Dietary Goals for the United States in response to a rise in chronic diseases such as diabetes and heart disease. It recommended “less fat, less cholesterol, less refined and processed sugars, and more complex carbohydrates and fiber.”

Immediately powerful lobbies swung into action with the result that the dangers of sugar were demoted, the value of complex carbohydrates was ignored, and the meat and dairy food industry’s attempt to argue for animal fat failed. This combination of vested interests, ignorance and wishful thinking resulted in nutritional advice that essentially amounted to:

In recent years this has provoked a backlash, the two most passionately held arguments being that we should a. eat less carbohydrate, and b. eat more animal fat. Both of which in my opinion are pretty controversial.

First of all, and not really the subject of this blog, carbohydrate is a very broad term, and while Dunkin’ Donuts are undoubtedly bad for us, unrefined whole grains seem to be pretty good for all-round health.

Secondly, (copious amounts of) butter and lard, full-fat milk and eggs, have been promoted as healthy – often by nutritionists and some doctors and researchers –  provoking intense arguments and feuds in the world of nutrition.

So here’s my take on the subject.

Fat is rich and nutritious. Too little fat results in malnourishment, too much risks clogging up the body with what Chinese medicine calls phlegm and dampness. But the amount of fat we need to eat to be healthy varies according to our body type and circumstances. If we live in very cold places (e.g. the Arctic, the Alps) we need to eat more heat-generating fat, which has historically been of animal origin (blubber, fish, dairy) as plant oils were mostly unavailable in those regions. Similarly if we do manual labour, or lots of exercise (for example spending hours chasing our prey) we need more fat. It’s the same with growing children, and teens, and women during pregnancy and to all of us in winter.

Despite the passionate pro animal fat school, the evidence seems to tell a different story. A recent study – the largest yet completed and involving more than 90,000 participants, observed over a 20-year period – found that diets rich in plant-based monounsaturated fatty acids (compared to animal-based monounsaturated fatty acids) resulted in significantly fewer total deaths, as well as significantly fewer deaths from cardiovascular disease. In fact the risk of death was reduced by 16% in those who ate more vegetable fats, and increased by 21% in those who ate more animal-based fats.

So which are the plant-based monounsaturated fats that it seems we should be eating more of? The most commonly consumed, according to the study participants, were olive oil, peanuts, peanut butter and nuts in general. Other possible sources of plant-based monounsaturated fats include canola (rapeseed) oil, sesame oil, peanut oil, flaxseed oil, avocados, and (unrefined is best) corn and sunflower oils.

And which are the sources of animal-based monounsaturated fats which the study participants ate more of – to the detriment of their health? Beef, cheddar cheese, butter, bologna and other processed meats, and pork.

Eat fat within reason and as appropriate, preferably plant-based.