It’s all about fibre 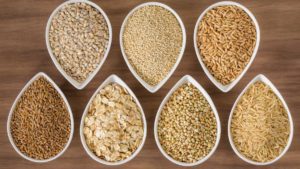 Nobody needs reminding what a confusion of different dietary models there are out there – many shouted from the rooftops and vigorously promoted by authorities as varied as nutritional experts, the food industry, and young (usually female) vloggers selling the ‘clean’ eating message.

One common feature of popular diets in the past few years has been the anti-carbohydrate trend, espoused by paleo eaters, Atkins diet advocates and many more. Carobohydrates have been blamed for a host of diseases – especially the steady worldwide rise in obesity.

The problem with this reductionist approach is that carbohydrate at a category covers everything from a Dunkin’ Donut to a bowl of brown rice. The suggestion that refined white flour, cheap fat, loads of sugar and a host of food additives can upset healthy metabolism and lead to obesity isn’t surprising, but how absurd to assume equivalence with unrefined whole grains.

Finally, a World Health Organisation commissioned landmark study has just been released which brings clarity to this debate and debunks much of the anti-carbohydrate argument. It’s one of the biggest and most authoritative pieces of dietary research ever published, using 40-years worth of observational and clinical studies covering 135 million person years.

And the conclusion? Diets high in fibre found in whole cereal grains – as well as nuts, seeds, vegetables, pulses and fruit – dramatically reduce the risk of a wide range of diseases including diabetes, cardiovascular disease, strokes and cancer (with a 15-30% reduction in deaths from all causes), as well as leading to lower body weight and reduced cholesterol. The study found that we should ideally be eating at least 25g of fibre a day, an amount reached by only a small percentage of the global population.

The reason this study rehabilitates whole cereal grains is that according to Prof. Jim Mann, lead author, “it’s pretty well impossible to get enough fibre from fruit and vegetables alone.”

Prof. John Cummings, another of the authors, says, “This is the end of 50 years of researching dietary fibre. It is a defining moment … we need to get this written in stone and part of people’s lives.”

In a comment piece in the Lancet, Prof Gary Frost from Imperial College London said the analysis “provides compelling evidence that dietary fibre and whole grain are major determinants of numerous health outcomes and should form part of public health policy”.

Prof Nita Forouhi of Cambridge University’s MRC epidemiology unit said the findings “do imply that, though increasingly popular in the community at large, any dietary regimes that recommend very low-carbohydrate diets should consider the opportunity cost of missing out on fibre from whole grains … The quality matters very much, over and above the debate on quantity. Wholegrain foods are typically high in fibre, and this research provides further evidence to highlight their importance and support a shift in our diets from processed and refined foods in the food supply chain towards more fibre-rich wholegrain foods.”

Although the reasons that high fibre diets are so health-promoting may be complex, one candidate is the growing understanding of how indigestible fibre acts as a prebiotic – feeding the vast population of helpful gut organisms (the microbiota) which we now know is vital for many aspects of physical and mental health.

Weekend retreat – qigong and talks on living well and long

I’m teaching a retreat at a lovely old Quaker house in the Oxfordshire countryside on the week...