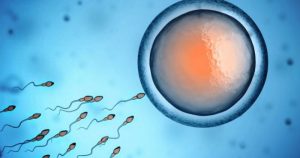 It seems a matter of common sense that a mother’s diet and lifestyle during pregnancy will affect the future health of her child. It was certainly an idea embedded in most traditional cultures with all kinds of advice (not always welcome) given on how a woman should behave.

For example the 14th century Chinese doctor Zhu Danxi said, “While the child is in the uterus, it shares the same body with its mother. For that reason, the mother should take particular prudence and care about her food and drink as well as her daily life activities.”

It’s surprising, then, to remember that in its pursuit of modernity, orthodox medicine completely rejected this idea through much of the 20thcentury, insisting that it was genes, not lifestyle, which was at play. It wasn’t until the publication of a 1989 study by British researcher David Barker, which showed that birthweight had a lifelong impact on a person’s health and even longevity, that the certainty was challenged.

It’s worth remembering, by the way, that the second question usually asked through the ages after the birth of a baby (the first being “girl or boy?”) was how much did the baby weigh – a typical example of valuable folk wisdom dismissed as ‘old wives’ tales’.

Anyway, it is now universally accepted that maternal smoking, alcohol consumption, recreational and medical drugs, obesity, diet, lack of exercise and emotional states during pregnancy can all impact on the child in the womb and, along with low or excessively high birth weight, can influence lifetime health.

What is increasingly understood, however, is that the health and lifestyle of both parents before conception can also have a significant effect on the health of their child, and this is borne out by three articles just published in The Lancet medical journal.

They report that obesity and poor diet in either the prospective mother or father can affect the quality of eggs and sperm and is associated with an increased risk of their child developing heart attacks, stroke, immune disease and diabetes.

The researchers concluded, “Evidence for preconceptional effect on lifetime health is now so compelling that it calls for new guidance on parental preparation for pregnancy, beginning before conception.”

Origins of lifetime health around the time of conception: causes and consequences

Before the beginning: nutrition and lifestyle in the preconception period and its importance for future health

Intervention strategies to improve nutrition and health behaviours before conception